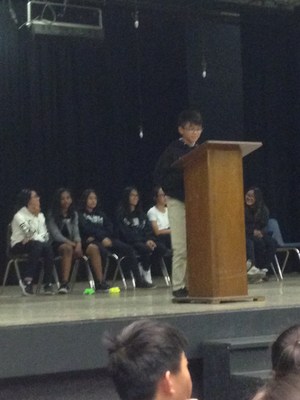 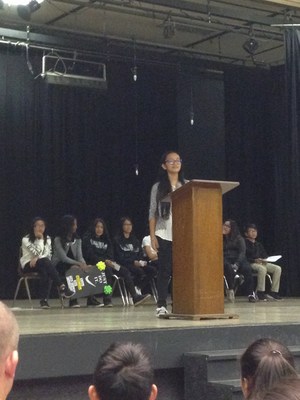 The auditorium was packed with 7th and 8th grade students. Each scholar held tightly the names of could-be future leaders for the 2017-18 school year. Was this a reenactment of Jackson’s “The Lottery”? Thankfully, no. Rather, students were waiting with anticipation for the upcoming election speeches so they could cast their votes for the best upcoming student leaders.

On the stage, the candidates waited their turn to persuade their peers as to why they should be elected as the new representatives for school-wide and grade-level coordinators. Each candidate spoke about how they would work to improve school morale and extracurricular activities. Some students promised hip DJs for upcoming school dances, while others focused on how they can help guide students into a brighter future. Spanning a wide range of rhetoric, the speeches sounded very much like those shared during presidential debates.

At the end of the assembly, students cast their votes on their election ballots. Students were asked to make their final decisions based off of the qualifications of the speakers, rather than vote from space of popularity. In the end, only three of the approximately fifteen potential candidates were elected as new class representatives. After tallying up the votes, the following students emerged as winners:

This assembly and election is just one example of how CCA prepares our students for stronger and brighter futures. Regardless of who won the elections, all students were able to participate in a real-world scenario; one that required critical thinking and whole-group participation. We are extremely proud of every student who ran for candidacy, as each shows promise for becoming a strong leader in the future.