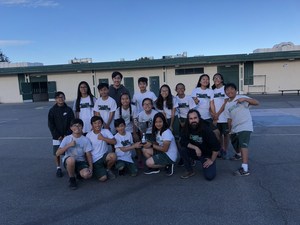 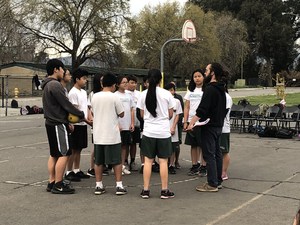 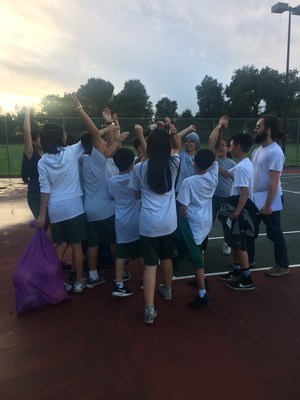 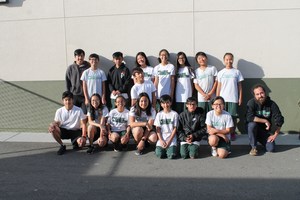 The championship game was CCA versus Stonegate. Both teams lost one game throughout the season, but both were determined to bring home the gold. Reminiscent of last year’s championship game, the battle for 1st place was a very real competition. The tension was palpable. The air was electric. Two teams, evenly matched, set up for the first round of volleyball.

Stonegate won the first match 25-23, but CCA didn’t give up. They knew that their hard work and determination had led them to the finals, but it was their teamwork that would bring them to victory. With extreme focus, CCA’s volleyball team worked as one unit to return powerful Stonegate serves, dig out intense Stonegate spikes, and sprint out of bounds to save rogue volleyballs just in the nick of time.

In the end, CCA’s 7th and 8th grade volleyball team went on to win the next two matches, 25-15 and 25-14. It was intense. After the game, Stonegate’s players chanted, “Congratulations CCA!” which was really inspiring to hear. Throughout the game, Stonegate not only displayed true athleticism, but also superior sportsmanship. This is what sports are all about.

While CCA may have been the underdog, they proved their strength again and again throughout the season and championship game. Working together, communicating, and never giving up helped CCA win the gold. This is CCA’s second championship win in a row for volleyball. Let’s hope there are many more to come.